Warning: Trying to access array offset on value of type bool in /home/shopvcyw/public_html/wp-content/themes/mts_coupon/functions.php on line 2424

Warning: Trying to access array offset on value of type bool in /home/shopvcyw/public_html/wp-content/themes/mts_coupon/functions.php on line 2425

Warning: Trying to access array offset on value of type bool in /home/shopvcyw/public_html/wp-content/themes/mts_coupon/functions.php on line 2426

Subject: What are Rakuten Points program? How to earn point?

Once your Rakuten Points mature or become available for use, you can redeem them and use them to pay for new purchases on Rakuten.

Standard and Promotional Points are now available to use 24 hours after your order ships and have an expiration date of 1 (one) year.  You no longer have to wait 15 days for your points to mature and the expiration period has been extended.

What kind of Rakuten Points are there?

There are two types of Rakuten Points:

How do I earn Rakuten Points?

You can earn 1 standard Rakuten Points for each $1 you spend on an item (excluding shipping fees, tax, and any other fees associated with your order). For example, if your item was $500, you would get 500 Rakuten Points ($5).

Additionally, there is no maximum amount of standard Rakuten Points that may be earned on an order unless otherwise stated.

Why don’t I earn Rakuten Points with guest checkout?

When can I use my Rakuten Points?

How can I use Rakuten Points?

You may apply your Rakuten Points on the order “Payment” page of the Rakuten checkout process.

On the “Payment” page, you will see a “Rakuten Points” box showing how many Rakuten Points you have available to use towards your order.  These points are automatically applied to your order. You may adjust the amount points you would like to apply to the order by entering the amount you would like to use in the available text box. If you do not want to use the points, you may check the box “Do not apply points”.

You can pay for any items on Rakuten with a mix of Rakuten Points and any method of payment below.

How will my Rakuten Points be refunded?

Refunds for Rakuten Points can take up to 1 business day to process.

When do my Rakuten Points expire?

In all cases, a notification will be sent prior to the expiration of your Rakuten Points to allow you time to use them or make another purchase. 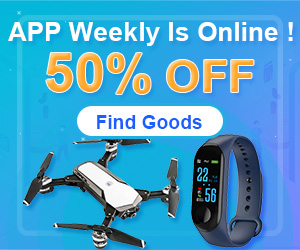